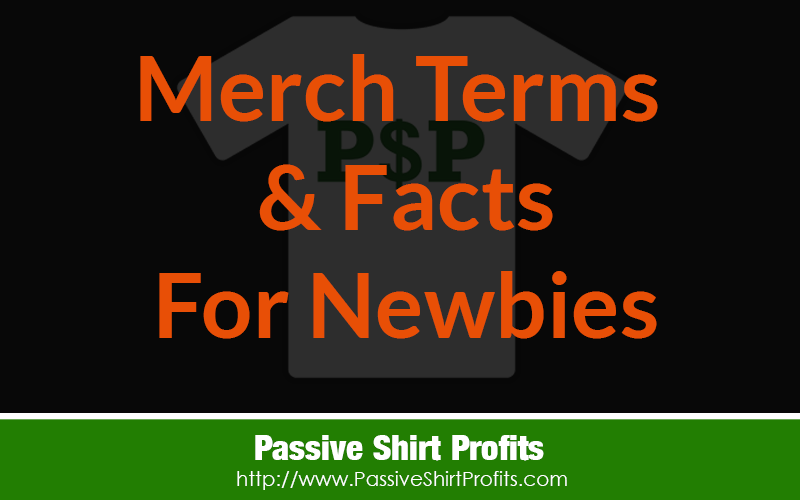 Since Merch By Amazon went on an “acceptance spree” last week (Yay!) a lot of you are now just getting into the program.

I thought I’d take some time to share some terms and facts a newbie needs to know about the program.

This is the term we use when Amazon hides listings to keep up with orders and to ensure on-time shipping.

During big Holidays like Christmas and Mother’s Day, the order rates can be so high, they don’t want to risk a customer service issue by not being able to print and ship the shirts on time.

This has been going on since Merch’s inception, and I don’t expect it to change any time soon.

Well, it’s not a matter of just hiring people. There’s also printing. The printers they use cost $500K a piece, and Amazon has other businesses besides Merch.

So while it may seem unthinkable this continues to be an issue after 2+ years, you have to remember that Merch is a small piece of the Amazon empire.  So like any other company, spending is prioritized.

Expect sales to be throttled at various times throughout the year.

It’s very important to familiarize yourself with Amazon’s content policies. They update them quite a bit. So what may be OK today, might be a violation tomorrow.

As far as trademarks go, be sure you make friends with TESS.

Here’s a great video that shows how to use it.

And the golden rule of Merch…

Just because you see other people doing it, doesn’t mean it’s OK. Sometimes shirts go live without being caught.  Or a particular policy or trademark wasn’t in place then.

You don’t want to get too many rejections or “takedowns” because it will put your account in jeopardy.

My rule of thumb is, if I have to question it, I probably shouldn’t upload it.

Just because you are limited to a certain amount of uploads per day, doesn’t mean you can’t keep uploading.

You can always save them in draft mode and upload them the next day.

There are no limits to draft uploads.

Tier-Ups Are Random and Not On Schedule

On occasion they have tiered people up before they meet the tier number, but that’s rare.

However, they are vary random about when they tier you up. So don’t be alarmed if it doesn’t happen right away.

Also, remember that Amazon says in their terms that Tier 1000 and above are by invite only. They get more selective as you get to higher tiers. That’s why it’s very important to focus on QUALITY of your designs and not just quantity.

Enjoy the ride! Reach out to me if you have any questions!